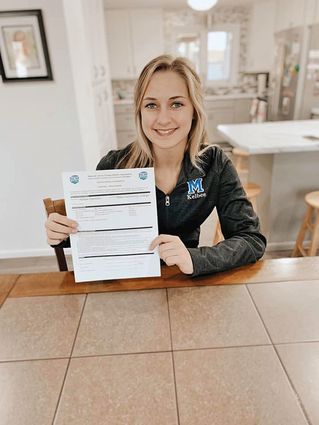 Malta senior Kelbee Denham will be wearing white and blue next year as a member of the Miles Community College (MCC) Pioneer Women's basketball team in Miles City.

Denham, daughter of Morris Denham and Stephanie (Fried) Denham of Malta, will be the third of three siblings to play collegiate basketball. Kylee Johnson, the oldest of the three played basketball at Montana State University Billings in the 2009-2010 season and then finishes her career at Montana State University-Northern from 2010-2013. Her older brother Kendall Denham played at MSU-Billings from 2013-2018. Their mother Stephani...