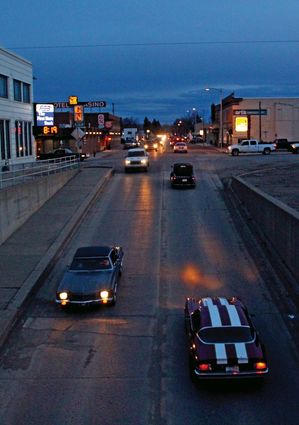 In an attempt to break up some of the monotony with social distancing and stay-in-place protocols as we deal with the COVID-19 virus, Malta's Rhonda Dalby took to social media and within a few minutes had the people of Malta whipped into a cruising frenzy, ready to get out, get some fresh air and good food, and cruise Central Avenue.

Dalby's 'Cruising Main~6ft apart~Social Distancing" event was a major success as hundreds of Phillips County's finest spent the better part of two hours last Friday evening driving up and down Central Avenue, flying flags from their cars, music blaring (this including from the new speakers atop the Villa Theatre) as many pedestrians lined the streets to watch the parade. 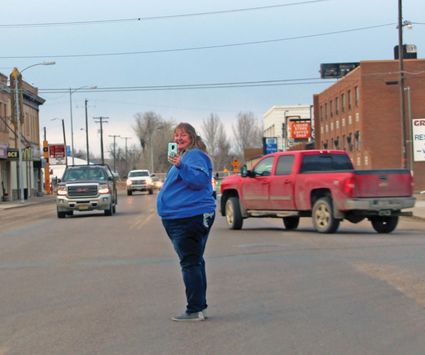 Many of Malta's restaurants opened for the night - including the Mint Bar, Dairy Queen, Joe's In & Out - to serve up specials treats for the night and as this reporter and his daughter/assistant reporter Sophia drove up and down the avenue, we counted no less than 70 cars driving the opposite direction as we were the three times we took a tally. Classic cars, junkers, the every-day driver, motorcycles, dune buggies, and four-wheelers all shared the streets and at where Central Avenue meets Highway 2, Montana Highway patrol Dan Ohl and Phillips County Sheriff Jerry Lytle directed traffic.

"Not a single complaint about the event from anyone," Sheriff Lytle told us after the event.

In fact, the event was such a success that Dalby was asked to coordinate the event again this coming Friday (which she obliged) and then announced the addition of the "Fill the Box for the Food Bank" to the event.

"Hey cruisers let's help out our local food bank during these crazy times," Dalby announced. "There will be a pickup parked in the parking lot between the Mint Bar and Family Matters. You can drop your non- perishable foods in it for the food bank."