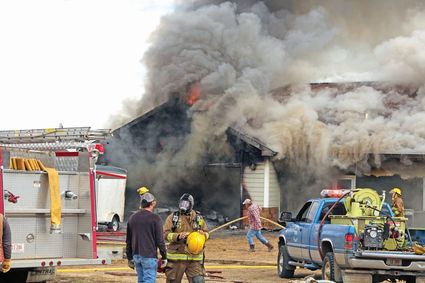 Nick Cebulski takes a pet carrier full of kittens he retrieved from the fire and to safety. Photo by Mark Hebert.

There were three individuals in the house, and none were injured in the fire. The fire department worked for the better part of the afternoon fighting the blaze as 20 firefighters, using six fire fighting vehicles before getting the fire out. (Later than night, a small fire reignited which was also e...