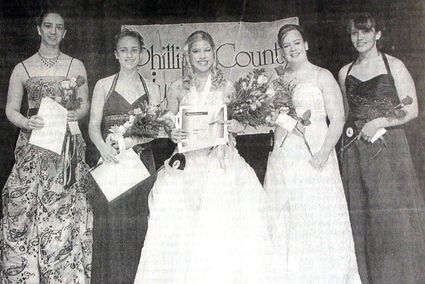 2010 Phillips County Junior Miss Holly Sullivan, center, is flanked by the other competitors after the pageant Saturday night. The contestants were, from the left: Angela Bruckner, Thoneta Bond, Holly Sullivan, Jessica Heppner, and Ramona King. PCN 2010.

The Malta Knights of Columbus Council was formally organized, and officers installed.

Mr. and Mrs. R. M. Trafton had returned from Florida where they spent the winter.

The Camp Fire Girls had completed...