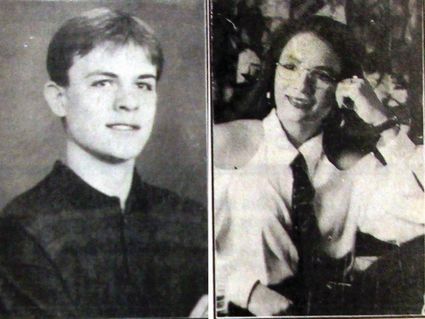 Mrs. P. A. Clark and daughter had returned after spending the winter in California.

Mother's Day was observed by the United Brethren Church.

The Missouri River was extremely high and the Milk River was running bank-full.

H. B. Varney shipped a carload of racing horses to Calgary for the opening on the May 28 racing season.

A horse roundup was being started in the north country in an effort to rid the range of "broom tails."

The Thompson Lumber Co., was offering prizes for essay on the subject "Why a Silo?"

Cpl. John Albus, 26-year-old Saco youth, was killed in an airplane crash at a Kansas airfield comma according to information received Monday by the parents, Mr. and Mrs. Joe Albus of the Saco community.

No details of the accident were received but it was stated that a military escort will bring the body to Glasgow.

Corporal Albus was born at Saco, November 23rd, 1919. He resided on the Albus Farm seven miles from Saco and attended the local schools. He graduated from Hinsdale High School.

The Saddle Club at Dodson had its first business meeting Monday, April 30, in the school gym. At this time there are 30 paid members of the club.

A good-sized crowd gathered at the fairgrounds for the hurdling exercise. A hurdle contest was held in which Royal Ness on Sparky took first, Bozo Adams on Snip took second, Al Taylor on Brownie and Dough Taylor on Billie tied for third, with Art Warren on Browny took fourth. These horses showed much promise of becoming really good hurdle horses.

Word of the wounding of two Phillips County servicemen was received during the past week.

PFC Harry C Patterson, son of Mrs. Virginia Patterson of Malta, was wounded in Germany. A letter from him states that he is in a French hospital with a bullet wound in his upper left arm.

The second casualty was Lawrence Nybo, son of Mrs. Elvira Nybo of Saco, also wounded in action in Germany. Nybo is in an English hospital receiving treatment for a compound fracture of the left arm and flesh wounds in the body. His brother, Norman, who is stationed in England, expects to be able to visit the wounded man. Norman Nybo was recently advanced to the rating of corporal.

The ranch owned by the late Benjamin M. Phillips in the Zortman-Landusky area has been purchased by the Square Butte Grazing Association.

The purchase price was $700,000, The Farmers Home Administration loaned the associations $716,000 for purchase of the land and to develop it for summer grazing. The ranch, one of the biggest in Phillips County, consist of 23,824 acres of deeded land, and the Phillips Estate assigned leases to the Square Butte Grazing Association for an additional 5,760 acres. The association – made up of 30 members -will run 3,020 cows for six months grazing period on the land.

The Whitewater High School is proud to announce that Nathan Hammond and Rebecca Clark have been chosen to serve as valedictorian and salutatorian for 1995.

Hammond is the son of Mike and Debbie Hammond of Whitewater and he has signed a letter of intent to attend Jamestown College in North Dakota.

Clark is the daughter of Cindy and Dave Clark of Loring and next year she plans to attend college at the University of Wyoming in Laramie. 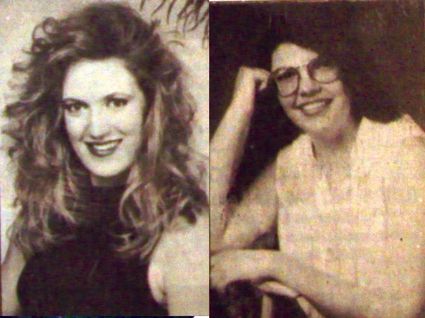 Kristen Allen, daughter of Berna Jo Allen and CK Allen, is the valedictorian of Saco High School for 1995.

Kristin plans to attend Montana State University in the fall and will purse a degree in exercise physiology and nutrition.

Elizabeth Messerly has been chosen to represent the Dodson High School Class of 2010 as its valedictorian and Tristen Keinenberger as salutatorian.