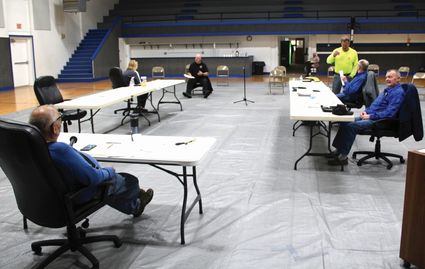 For the first time since March, the Malta City Council had an in-person council meeting at which many topics were discussed and voted for, including a stray cat problem and the opening of City parks and the likely shuttering of the Municipal pool for the 2020 summer season.

The meeting was held in the Malta City Hall Gymnasium with aldermen David Rummel and Bonnie Wiederrick at a table, Aldermen Bill Hicks and Jim Sintler at a table, Malta Mayor John Demarais at his own desk, Malta City Clerk and Treasurer Lori eBond at her own desk with Malta Parks and Recreation members Sally Wright and J...