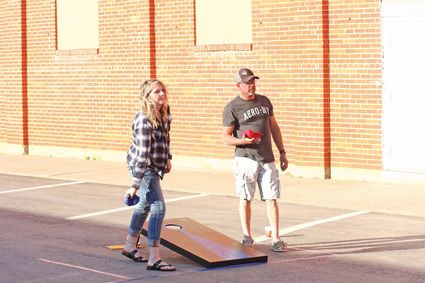 The Malta Department of Parks and Recreation introduced an organized backyard game to 20 participants last Friday night at the Malta City Hall.

Cornhole, a game that has been featured on ESPN became Malta's latest sport and in the first week of the event, Lance Henderson and his teammate Dylan Bergos (MSYH) became the first winners of the game in Parks and Recreation history, defeating WH, a team consisting of Tommy Erickson and Les Jones. The score was 2-1 after three games.

The matches were played in best-of-three game format, or until 45 minutes had elapsed. Each game was played until on...