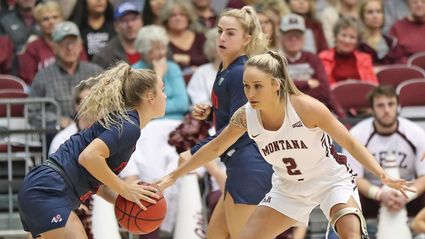 Former Malta M-ette and current University of Montana Lady Griz guard Sophia Stiles earned an award for her efforts in the 2019-20 season.

Last Monday, June 1, the school announced that Stiles had been voted as the Julie Deming Outstanding Defensive Player. It is an honor that Stiles also earned during her freshman season in 2017-18.

Despite playing the season with a torn labrum in her right shoulder, Stiles led the team in steals with 46 and was second in assists with 61. Stiles had a season-high 14 points in the team's 72-67 win over Grand Canyon last November. Stiles had 10 rebounds in...