Jeanne was born in Havre, Mont., to Fred and Hazel Kenny, the eighth of their 10 children. She was the last survivor of that wonderful, loving family.

Jeanne grew up on the eastern Montana plains. She graduated from high school in Malta, Mont., and soon after was married to James Pancake. Together they raised four children on the ranch that had been homesteaded by Jim's parents. In 1965 they moved to Oregon and settled in Prineville. They divorced in 1968, and Jeanne moved to Salem, Ore. In 1971 she married Bill Freeman, and they moved to Colton, Ore., where he was the pastor at the Advent Christian Church. A few years later, they were invited to start a ministry in Hope, Idaho. Jeanne and Bill were united in their desire for social outreach in their ministry, and over time they created the Trestle Creek Friendship Center, an outreach for homeless families. This was their calling, and they answered it whole-heartedly and effectively. After Bill's death in 1998, Jeanne arranged for that project to continue by donating the property to the Bonner County Homeless Task Force. She moved to Grants Pass in 1999. 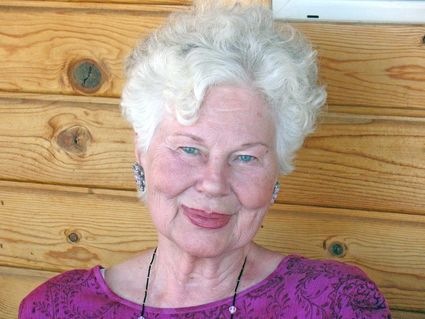 Jeanne was a published novelist, poet, and songwriter. She was active in the Newman Methodist Church and helped with the FISH food pantry. She was also an advocate for children as a CASA volunteer. She was a supremely generous and loving person who truly cared for others. She touched many lives and made the world a better place. She was a beautiful person in every way. The world's loss is heaven's gain.

A Celebration of Life will be held at a later date. Donations in Jeanne's memory can be made to Bonner Homeless Transitions of Sandpoint, Idaho.