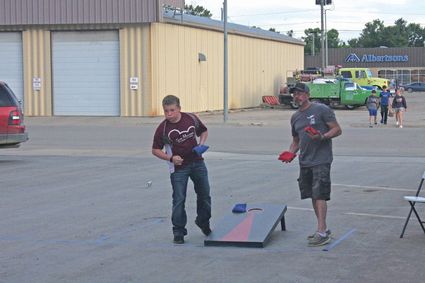 Though he is 13-years-old and not old enough to compete with adults in the Malta Parks and Recreation Corn Hole Season, Kohner "Chaka" Schipman is an avid player of the backyard game.

Chaka is the official scorekeeper of the Corn Hole League.

"It's pretty cool," Schipman said about the league.

Though he doesn't play in the league, which is for players aged 16 and older, Chaka plays the game at his home with his father Jessie, mother Leslie, and his siblings Kolter, Kylie, and Keenan once a week. He said that his dad and his brother Kolter are the best throwers in the house.