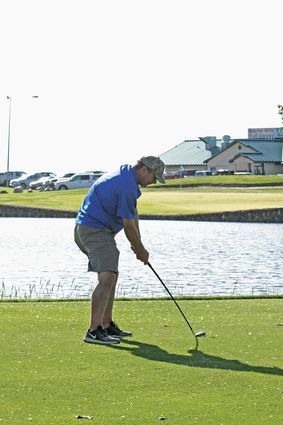 The PCN caught up with Sheriff Jerry Lytle who plays for Team Bank of Malta, and has been golfing well over the past weeks, scoring the highest point total in weeks three and four. At the time Bank of Malta was in fourth place.

"I think we are improving because everyone comes up here a couple of times a week to practice," Sheriff Lytle said.

Though the day was windy, Sheriff Lytle said that the weather was great.