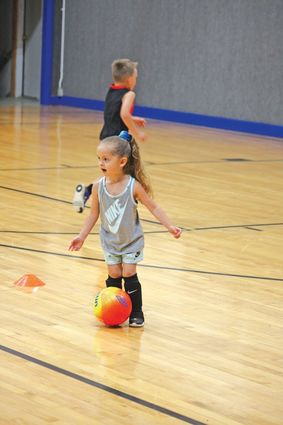 The three-day camp started on Tuesday, June 16, and concluded on Thursday, June 18. The camp featured children ages four to 14.

"It's pretty fun teaching the campers," Wright told the PCN. "I really like it because I went to a lot of camps when I was younger. I just think that it's really cool that I am doing it now."

Wright said that campers worked on dribbling, passing, and attacking the ball throughout camp. Campers participated in various drills throughout most of the ca...