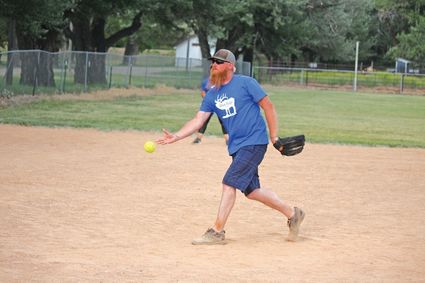 Close to 100 players and fans watched from the stands as the fields saw eight teams square off for a total of six games.

The team names this season are Oh My Quad!, Blue Ridge Softballs, IB (Independence Bank), Ezzie’s, Sons of Pitches, Heavy Hitters, 99 Problems But a Pitch Ain’t One, and OG ‘Mericans.

Despite going up 6-0 in their 6-4 win over Sons of Pitches, Oh My Quad!, who won last year’s League Championship, failed to score runs in the final two in...