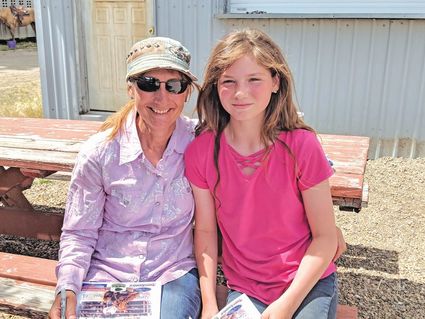 Last Wednesday, June 24, 11 young barrel racers attended a clinic put on by Carmel Wright, a PRCA rider who has won many titles in the US and her native country New Zealand.

Wright, who has lived in Roy, Mont. with her husband Dave and their children since 2002, came to the Trafton Rodeo Arena to pay things forward to the next generation of Barrel Racers, not charging one cent for her instruction.

"It's about giving back to the community," Wright said. "Our children did junior rodeo. We used to come to this arena when they were kids and they had a blast."

Chrissy McEwen, who has been organi...