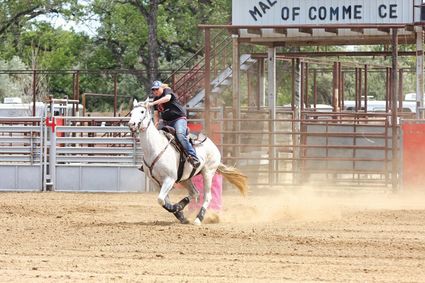 The Malta Barrel Series took a break for the Independence Day weekend but one week prior on Saturday, June 27, over 40 riders competed at the Trafton Rodeo Arena.

Though they have had more riders in the past, event coordinator Chrissy McEwen was happy with the turnout.

"There were not as many runners as the week before but the ground was great thanks to Jerey (McEwen), and Landon Shettel who watered the arena," C. McEwen said.

In every race this past season, the group has been able to pay out cash winnings and prizes to over 15 barrel racers.

"Our goal starting these races is to put some fu...