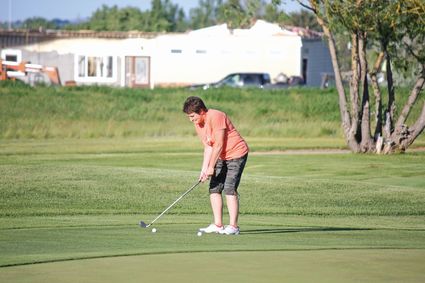 The second half of the Marian Hills Men's Glad League has started and there are only four more spots up for grabs as the season continues.

Prior to week 6 on Wednesday, June 24, Jim Heikens of Team Ed Buechler hit a hole in one at hole #4 using a 7-iron.

"I just got over the water and didn't even see the ball go into the hole," Heikens said. "It was awesome."

According to Heikens, Jason Ulrich whispered, "Jim, it's in the hole!"