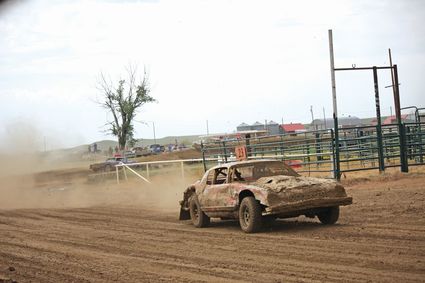 Dustin McKinney of Great Falls won the PC Fair AMX Main A event in 2017 and 2018. Photo by Pierre Bibbs.

The Dodson AMX Speedway is ready for its second event of 2020, and the group is excited to be a nighttime event at the Phillips County Fair on Saturday, August 1, at 5 p.m.

"It will be the first time that we have raced at night in eight years," Keith Cowan, President of Dodson AMX Racing said.

The event will also be combined with the Bash for Cash Demolition Derby, a merge that aims to keep the action rolling for spectators. Because the combined event will be longer than a typical day of AMX racing, their will be drivers competing at nighttime.

In addition to the lights in the foreground, t...