As the school year begins Wednesday, August 26, Malta Elementary School will welcome Corey Clark as it's the new principal.

Clark replaces Cadence Wipplinger, who was principal at MES for the past two years.

Due to current events, including COVID-19, Clark opted to start working early at the school and has been working since the mid-July.

"It's a nice community," Clark said.

He described Malta as clean and like a Norman Rockwell painting; wholesome and traditional.

He hasn't experienced a typical day at the school with children learning and present, but Clark has worked with educators that are preparing for the year.

"I feel very comfortable with the staff here," Clark said. "They seem like they are on it, and they have helped me out a lot with planning."

With COVID-19 looming over the world and even forcing a week-long delay in opening the year, Clark trusts that his staff is ready for whatever may come.

"I am very confident that even if things get worse, we can handle it to the best of our abilities,"

Also making a move to Malta with Clark is his wife Shaya Clark, and their daughters Codi-Jane and Charlie. Clark had previously taught at Geraldine for six years.

Clark was born in Geraldine and moved two to Fairfield in sixth grade. He participated in basketball, wrestling, football, and track at Fairfield High School and is a 2004 graduate. Other than defeating Malta in a football game during his high school career, Clark also has another memory of Malta football.

"In the Class B All-Star Game, Scott King was one of my coaches," Clark said.

Clark went to the University of Mary on a track and field scholarship. He graduated with a history degree and teaching option in 2009. During the summer months of his college years, Clark worked as a roofing contractor. This career eventually put Clark in a position to work for a larger roofing company as a contract manager for a couple of years. He then became an independent contractor.

"We got our feet under us financially," Clark said.

Six years ago, Clark began his teaching career at Geraldine Public Schools, where he taught Government, Geography, History, English, and Current Events amongst other subjects. During his last couple of years at Geraldine, Clark worked on his Masters in Leadership and graduated last spring. He also finished his superintendent endorsement classes.

"That was brutal," Clark said of the endorsement class. "Those classes took up a bulk of my summer."

After he completed his endorsement classes, Clark shifted his focus to Malta. Clark heard about the opening at Malta Elementary School from newly hired Malta Public Schools Superintendent Matt Genger.

When Genger worked at Fairfield Public Schools as the Elementary School Principal, Clark's mother was working as an office secretary. Once Genger stepped in as the Malta Public School District's Superintendent, he reached out to Clark. 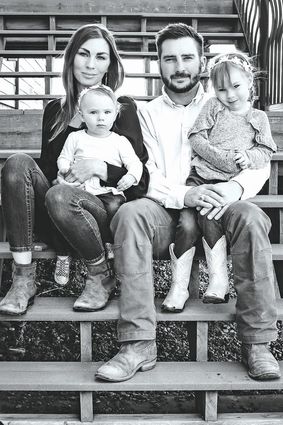 As far as goals for 2020-21, Clark hopes to work on things on a week-to-week and month-by-month basis. For his first goal, Clark is aiming to keep things as normal as possible by minimalizing changes. He knows that the 2020-21 school year is presenting challenges, but Clark is confident.

"Right now, we have been trying to keep things as familiar as traditional as possible," he said. "If we are positive and patient, we will all get through it, and we will all persevere."

Clark said that in his fee-time, he enjoys camping and going outdoors with his two daughters.

In addition to his experience teaching, Clark has also coached multiple sports. The coaching jobs have gotten in the way of one of his favorite hobbies; hunting.

"I enjoy hunting, but normally hunting season is football season," Clark said. "So, I hunt when I can."