The Mustangs and M-ettes went head to head 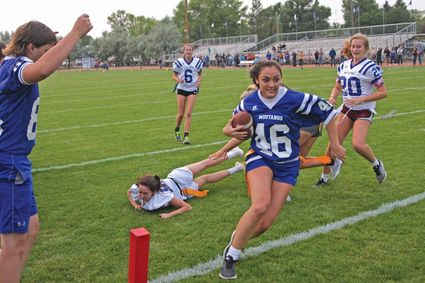 When the Wolves are away, the Mustangs and M-ettes will play.

What was supposed to be a weekend full of Homecoming games, Senior Night celebrations and festivities was thwarted by postponements due to COVID concerns.

The Malta Mustangs were scheduled to take on the the Wolf Point Wolves on Friday, September 19, and the the Malta M-ette Volleyball team was scheduled to face the Lady Wolves but Malta Public Schools released a letter last Thursday afternoon stating the games against Wolf Point would be postponed based on information given to the Phillips County Health department from Indian He...