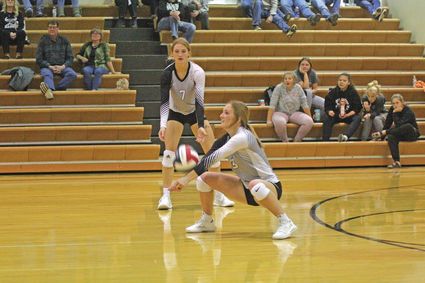 Danika Soper digs up an attack in North Country's win over Richey-Lambert last Friday in Saco. Photo by Pierre Bibbs.

The North Country Mavericks split a pair of games this week as they defeated Richey-Lambert 3-1 on Friday, October 2, and then fell to Plentywood 0-3 on Saturday, October 3.

"The key to our win was winning the mental battles," Longtree said.

Longtree shared her mental battle in the game; saying that she had struggled throu...