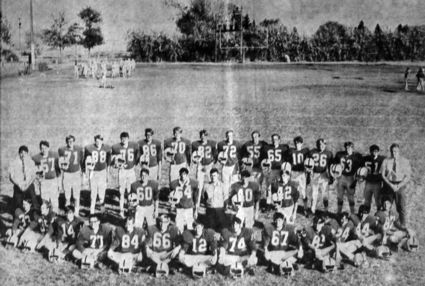 Mike O'Neil, having made Mitch's Hill to the north bench county on "high" with his Buick car, returned to town and made a couple of bets on the accomplishment. His car failed to perform the second time and Mike was a little short of cash for the next few days.

Miss Millie Caves, soon to become the bride of Everett Stubblefield, was the guest of honor at a shower given by Mrs. W. L. Ballard and Mrs. W. H. Russell.

Ray Coons of Caldwell lost his entire crop of grain, a barn, two horses, harness, and miscellaneous equipment in a fire set by children.

Morris J. Riley, manager of the Matador Ranch, and Miss Pauline Russell of Cardston, Alta., were married in Havre.

Mr. and Mrs. Henry Patterson of Freewater the parents of a new son.

Mr. and Mrs. John Ebaugh were the parents of a 9-pound son.

Pfc. George William Solberg, son of Mrs. O. J. Solberg of Minneapolis, formerly a resident of the Bennet Lake area, died in a Japanese prison camp on May 6, 1942.

Word of his death was the first news concerning his whereabouts the family had received in more than three and a half years.

Pfc. Solberg enlisted in the Marines in February of 1941 and in April of that year was shipped to the Philippines. He was stationed at Manila at the time of the Japanese attack of Pearl harbor. He was born in Malta on June 14, 1916.

Changes made in business locations

A number of changes in building locations which will involve considerable new construction this spring was announced this week by F. L. Robinson of the Malta Auto Company.

Fewer was mainly responsible for holding Ron Leonard of Western Montana College to only 11 yards rushing in the first half. Leonard usually runs anywhere from 50 to 100 yards per half.

Fewer is a junior at NMC majoring in social science and is the son of Mrs. Elsie R. Fewer of Malta.

Question: Do you think there is more spousal abuse taking place now than there used to be?

Jeanette Depuydt: No, it's just more out in the open and talked about. People don't keep it is secret like they used to.

Alice Hofer: No, I think there was a lot if it, kept under cover, and it still is behind closed doors.

Donna Becker: I think it's out in the open more, people talk about it more.

Mark Niebur: I believe we hear more about it than we used to. It could have been just as bad years ago, but nobody talked about it. 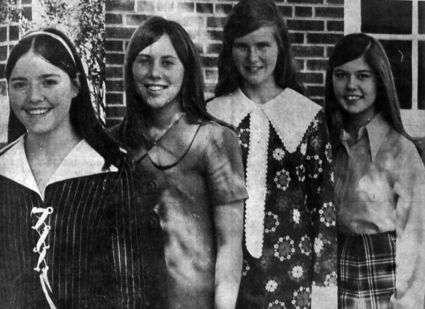