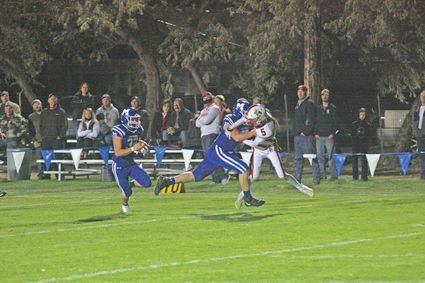 The Malta Mustangs posted a dominant 36-14 win over the rival Glasgow Scotties on Friday, October 9, at Mustang Field.

"It's always an amazing feeling to beat Glasgow," Malta senior quarterback Kooper Oxarart said. "It's almost like a state championship game. (And the win) makes things a lot better."

Malta's senior class defeated Glasgow for the fourth season in a row. The Mustangs currently sit at 4-0 this season after the win.

This Friday, October 16, Malta has a chance to make one of the...