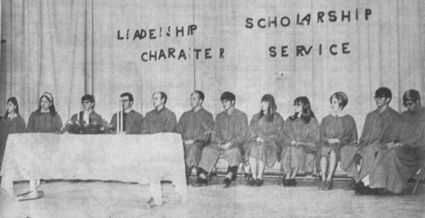 The new high school building was to be dedicated on October 29.

Mrs. E. R. Runge had died after a short illness. Mrs. Runge had been active in Red Cross work during World War I.

Richard W. Garland, a resident of north Montana since 1888, died at his home after several years of ill health.

Mrs. M. Heberlee and son, Earl, had moved to Malta from their home near Lovejoy so Earl could attend school.

Mrs. James LeNoir had gone to Rochester, Minn., to consult a health specialist.