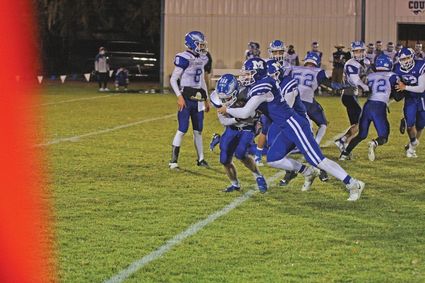 The Malta Mustangs Football team (4-1) is hoping to bounce back as they head west to take on the Cut Bank Wolves on Friday, October 23.

Malta suffered their first loss of the season to the Fairfield Eagles last Friday night at Mustang Field. The final score of the defensive battle was 14-6.

"I was proud of how our team handled adversity against the Eagles," Malta Head Coach Nick Oxarart said. "We battled hard until the final whistle."

Both teams struggled with penalties and holding on to the ball throughout the cold and rainy game, but Malta lost the turnover battle 3-2, with two fumbles an...