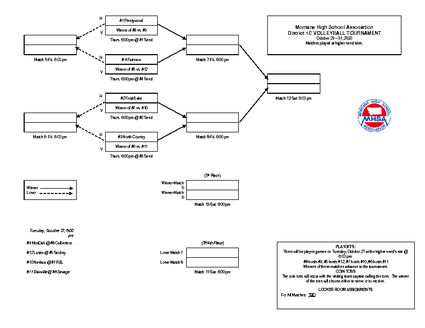 The North Country Mavericks hard work in the 2020 regular season paid off as the team was able to secure a first-round bye in the 1C District tournament.

The Mavericks will play the winner of the Savage and Bainville game in round two of the tournament. North Country’s game is set to begin at 6 p.m. on Thursday, October 29, in Saco.

Last week, the Mavericks picked up a pair of wins against the Lustre Lions in Lu...