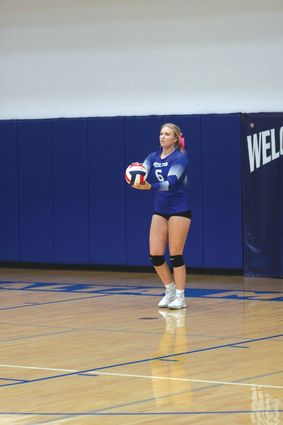 The Malta M-ette Volleyball team will look to defend their home court in the the 2B District Tournament, an event that will be held from Friday, October 30- Saturday, October 31.

The M-ettes won their final game of the regular season, defeating Harlem 3-2 on Monday, October 26.

The team was led by Justine Lamb who had seven of Malta's 33 kills. Erica Smith had 16 of Malta's 28 assists. Skylie Lefdahl had five of Malta's seven blocks. Maddie Williamson had nine of Malta's 48 digs.