M-ettes head to Northern B 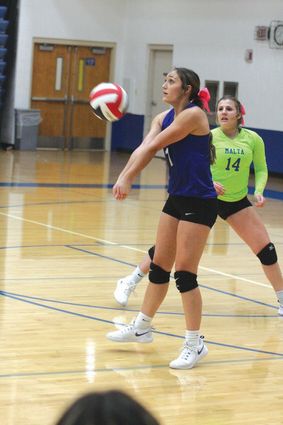 The Malta Volleyball team placed third in the District 2B District Tournament held in Malta last weekend. The placing earned the M-ettes the final 2B spot in the upcoming Northern B Divisional set to start on Thursday, November 5, and conclude on Saturday, November 7.

The Northern B will be held in two locations (Shelby and Conrad this year to help slow the potential spread of the COVID-19 virus.

Malta will square off against the 1B runner-up Fairfield Eagles on Thursday at noon at the Conrad site. The Eagles lost the 1B championship on Saturday, October 31, to the Choteau Bulldogs in three...