Long time Malta resident, Eva Hallam Solberg Bruckner, 88, passed away at HiLine Retirement Center on November 4, 2020. Eva was born in Hinsdale on September 22, 1932, and attended school in many different places, starting in Thoeny where her father homesteaded. Her parents, Orval K. and Nellie (Dolson) Hallam purchased a farm near Coburg, where Eva finished first through fifth grades and then schooled in Dodson in 6th through 9th grades. She attended tenth grade in Billings and graduated in Kalispell in 1950, in the top ten of her class. As a high school senior, Eva heard the Gospel for the first time and became a believer in Jesus Christ, and recommitted herself to Him in the 1950’s, aware of her Grandmother Hallam’s earlier prayers for all of her family.

Eva trained and worked as a medical secretary at the Mayo Clinic for 20 months before returning to MT and attending Montana State College, Bozeman for four quarters. She married Ingwald Solberg on April 5, 1953, and they had five children. For several years beginning in 1960, when her last baby was born, Eva worked with their chicken business, gathering and candling eggs and selling them and processed hens to individuals and restaurants in Malta, oftentimes with her five small children accompanying her.

Eva loved to learn and took correspondence courses at home in various subjects including newspaper writing. After their home burned down in 1955, she attended summer school in Havre College and taught at West Harb School that fall and again in 1963-64 on emergency certificates. She served as Sunday School teacher and superintendent at Elim LB Church for many years. After West Harb School closed in 1964, she often drove her husband’s school bus from Harb to Malta, and worked as Title I ESEA aide and substitute teacher in the Malta Schools from 1969 to 1972.

Eva worked as proofreader/reporter/photographer/co-editor for Phillips County News from 1978 to 1982, and then began working at the Good Samaritan Country Home in Malta, where she served as manager from 1984 until 1989. In 1989, Eva was hired as secretary at Narramore Christian Foundation in Rosemead, CA and later as staff writer, editorial assistant and administrative assistant. In 1996, she became Dr. Clyde Narramore’s personal assistant until 2002, when she resigned. She then served as tutor to students and helped Taiwanese women learn conversational English. She moved back to Malta in November 2003, where she aided several elderly residents, wrote freelance articles for the PCN, did proofreading for Elim Church and online for ACTS International. Eva wrote Looking Back Again books of interviews with local people and some family and then her autobiography, When The Work’s All Done This Fall. 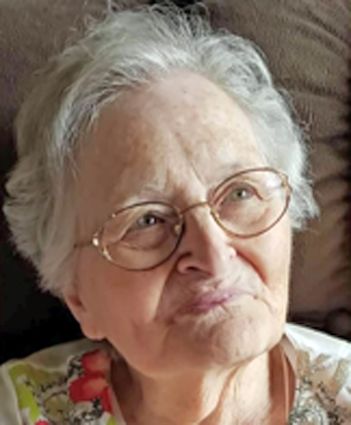