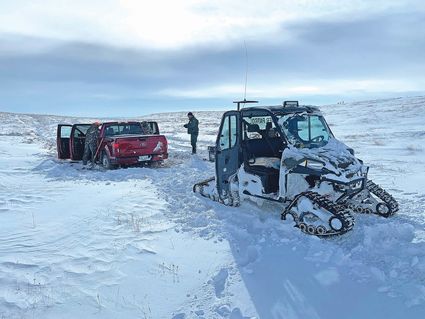 Border Patrol agents arrive on the scene with a UTV during their rescue.

MALTA, Mont. –U.S. Border Patrol agents from Malta Station were notified of three hunters who were lost and stranded while navigating through a blizzard north of Malta.

Malta Station Border Patrol agents were contacted by the Phillips County Sheriff's Office (PCSO) requesting assistance in locating three hunters who were stranded in a remote area after their vehicle became stuck during a winter blizzard. PCSO dispatch reported that one of the individuals was an elderly man who would be unable to walk through the blizzard conditions.  U.S. Border Patrol was equipped with a tracked util...