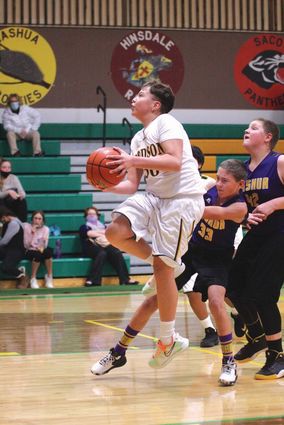 The Dodson Junior High Basketball teams hosted Nashua and Frontier last week at the Coyote Den. The boys went 2-0 and the girls defeated Frontier but fell to Nashua.

The Coyotes defeated Nashua 52-14 on Saturday morning in Dodson. The team was led by eighth-grader Junior Stiffarm who scored 22 points, knocking down four treys in the process. He also made all four of his free throw attempts.

"Hustling and teamwork," Stiffarm said when asked about his team's win.