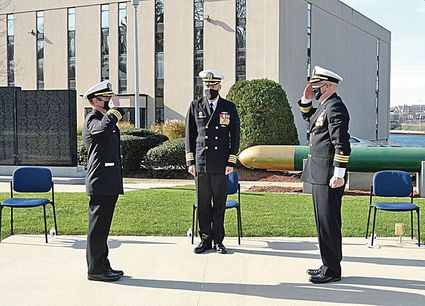 Editor's Note: Let's be honest, these are some gloomy days. So when one very proud mother reached out to the PCN this past week with news to be proud of, we jumped at the chance to share it.

Cmdr. Lacy Lodmell, MHS Class of 1997, recently took command of the PCU USS Oregon, a Virginia-class submarine. Lacy is the son of Terry Lodmell and Larry Lodmell of Malta. He and his wife Jessica currently reside in Connecticut with their children, Stella and Sam.

Classmate and childhood friend, Nickie Hasbrouck '97, wasn't surprised by his success. "We used to play G.I. Joes together! Later, it was...