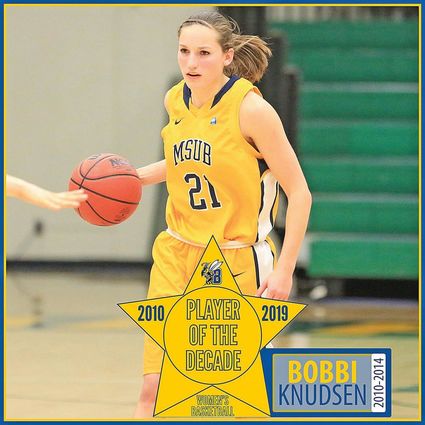 The Phillips County Area has produced many great athletes over the last century, but according to Montana State University Billings, Malta has produced the school’s Player of the Decade.

Former M-ette Bobbi Knudsen, daughter of Jim and Janice Knudsen of Malta, was inducted to the MSUB Athletics Hall of Fame last February and was named MSUB’s Player of the Decade in November.