Iver John Johannesen was born April 18, 1936 in Malta, MT, to Peder and Naomi (Shields) Johannesen. Iver passed away on December 15, 2020, in Malta, MT, to reunite with his wife, Mavis. Iver grew up on his family’s farm north of Loring with his brother and sisters. Iver went to school in Loring and graduated from Malta in 1955. Iver participated in FFA throughout his high school career. Iver received his American Farmer Degree in Kansas City in 1955. He was very proud of this accomplishment.

Iver bought a small spread, from Arnold Eggum in 1955. Iver took over the family farm from his father in 1961, and it grew into the Cobblestone Ranch of today.

In 2015, Iver and his clan, along with extended family and friends, celebrated the milestone of Cobblestone Ranch achieving its centennial anniversary.

Iver loved spending time with his family and friends. He loved to farm, always needing that ‘last little bit of ground to plant’ (generally taking out a fence in the process). Iver enjoyed playing cards, especially whist, with his friends and neighbors. He participated in the whist league around Loring and Whitewater. Whenever the family got together, a card game or two was sure to break out.

Iver never knew a stranger. You could always find him having a conversation with someone. No matter where you went with him, you would have to wait for him to get his visiting done. He always ran on “Johannesen” time, always at least an hour late. 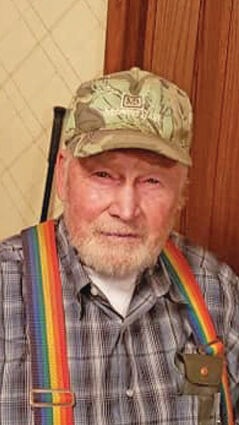 He was preceded in death by his wife Mavis, his parents, Peder and Naomi Johannesen, mother and father in-law, Glenn and Addy Ellsworth, two sisters and their husbands, and one brother. His son, Paul Johannesen, daughter Ann Lucas, grandson Justin Lucas, and great grandson, Kameron Martin.

In lieu of flowers, memorials can be made to the Loring Hall Fund or the Loring Volunteer Fire Dept. A Memorial Service will be held in Loring in June of 2021.