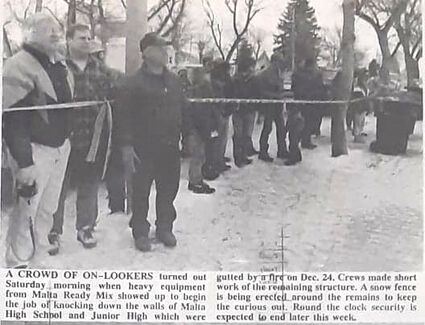 The body of an unidentified man was found on December 21st by Walter Simpson in a last’s year’s hay stack, five miles east of Bowdoin. The body was in an advance state of decomposition, said Coroner Bell, leading to the belief that he had been dead at least 8 months.

No identification was found, but Coroner Bell said indication are that the man was six feet of more tall and is probably between the age of 28 or 38 years. He had heavy light brown hair and a light sandy complexion. He had about a 30 or 32 waist and approximately a size ten shoe...