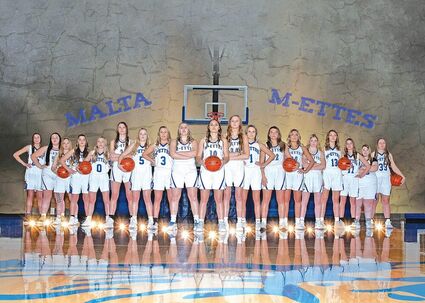 The M-ettes have retained a lot of talent from last year's team that ended the year with a win at the state tournament.

Last year's state tournament concluded with a pair of co-champions and a few teams, including Malta, who were set to compete to a chance at 3rd place. The tournament's last day ended in cancellation due to the threat of COVID-19.

This year the M-ettes are without Kelbee Denham and Carly Garfield, who had started for Malta over the last few seasons.

"Kelbee played point guard for a few years for us and was one of our better shooters," Coach Hammond said. "They were both tea...