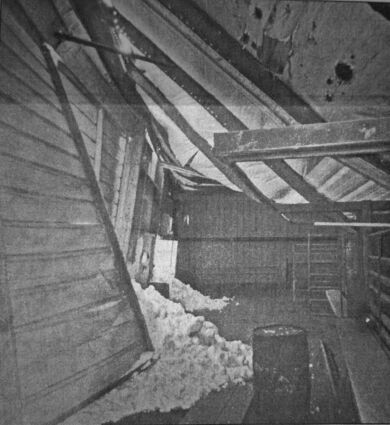 Snow damage done to the Phillips County Pavilion from a snow storm on Tuesday, January 10, 2011. Photo by Wayne Weinke for the PCN.

Proposed Addition Would Be Erected This Year

The board of trustees of the Malta School District is this week advertising for bids for the construction of an addition to the Malta High School building which will house a gymnasium, locker and shower rooms and offices.

The bids will be received in the office of the superintendent of schools until 8 p.m. February 25.

O.C. Lamport, state director of the United States Employment Service, has announced the opening of a bra...