Dale was born on November 4, 1964, to Glenn and Lois (Long) Bruckner at the Malta Hospital in Malta, Montana. When he was about 6 years old, he accepted Christ as his personal Savior when his mother was reading Bible stories to him during a time when he was home sick. He graduated from Lustre Christian High School in 1985, and attended Briercrest Bible College in Caronport, Saskatchewan, Canada. Recently, he was taking classes online from Trinity Institute of Christian Counseling where he earned his BA degree in Biblical Counseling and was ordained as a minister. He was in the process of finishing up his Master’s degree in Biblical Counseling at the time of his death.

Over the years, Dale worked at Pines Youth Camp for several summers, as a chaplain for ACMNP (A Christian Ministry in the National Parks) at Many Glacier; Camfel Multimedia Productions all over the US, as a Minister of Youth, and a Minister of Music. He also worked for Malta Ready Mix, History Montana historical tours, 4S Pumping Septic Service, and most recently, as chaplain at the Hi Line Retirement Center, which he absolutely loved.

Dale always felt honored and privileged to be a member of the Sons of the American Legion. He was the Malta representative for Boys and Girls State, and was humbled, yet proud, to serve numerous service men and women by playing taps on his trumpet for their graveside services. He was the Montana representative for ACMNP, as well as a counselor, encourager, and teacher for the organization. He also loved helping the Phillips County Fair during the races, whether on the track or calling the races.

Over the last decade or more, he republished his grandfather Philip S. Long’s books. In the last two years, he published his own book “God Does That” about how God used his time with ACMNP to teach him life lessons up to the book’s publishing. He was in the process of writing another book at the time of his death about growing up on a farm.

Dale loved to help others and this love began at a very young age when he appointed himself as his mother’s protector, which lasted to the day of his death. His mother, Lois, very fondly remembers Dale standing up to “big old Earl Porter, telling him to get out of his mother’s store.” She says they weren’t just mother and son, he was also her best friend. Dale spent the last couple of years caring for his dad, Glenn, never failing to help his dad every time Glenn called, whether for help with the stove or just finding the right TV station.

Dale was a lover of history, especially relating to government and even more so, Montana history. He could talk for hours, and had a story for almost any subject, which came in pretty handy for the History Montana tours. He could always put a spin on a story, Biblical and/or historical, that would help one to see things from a different perspective. Darby’s favorite memories of him were of studying the Bible with her dad, and especially of their discussion of Zacchaeus during one of her summer visits. Misty’s favorite was when the kids were small, he once made up a bedtime story that he made up more each night for two months (remembering all that happened before), even giving each character their own voice. He also just loved people and hearing their stories.

Dale enjoyed camping and car racing, which came together one February when he had the opportunity to camp with Tavner’s Boy Scout Troop in Florida (and Misty, Bayleigh, and her then boyfriend, Brandon-Darby was unfortunately home sick) in the infield of Daytona 500 Speedway the week before the race. This was Bayleigh’s favorite memory because the two of them were able to be on the actual racetrack the two of them had been watching on TV for years, then getting to watch the race together the following week. 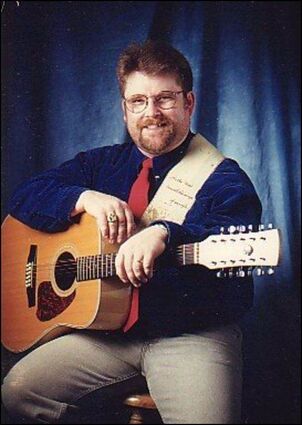 A memorial service will be held on Monday, February 1, 2021, at 2 p.m. at Grace Fellowship Church, with a graveside service following for the interment of Dale’s ashes, with a ceremony given by the Sons of the American Legion.

Tavner summed things up nicely for us when he told us of a conversation he had with his dad the weekend before Dale died about one of his father’s friends from Lustre who had never stepped foot out of his Chicago gang neighborhood until he was put on a train, at about 16 years of age, to go to Lustre. This friend stood in amazement at the Wolf Point train depot in wonder and amazement that he “got to live here”. Tavner said, “Dad went to sleep in the dirty, dank, gang-riddled neighborhoods of Chicago and woke up in Heaven with Jesus.”