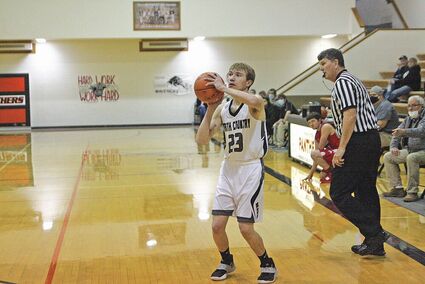 Last Saturday, the Mavericks lost a close one to the Melstone Broncs in Melstone. The score was 47-43. The Mavericks bounced back against the Richey-Lambert Fusion in Saco, defeating them 43-37.

"They definitely had us scouted pretty well," Simonson said. "They knew that they needed to try...