Glenn was born to John “Jack” and Ida (Johnson) Bruckner on June 12, 1941 in Malta, MT.  He attended grade school in West Harb, and later attended Malta High School in Malta, MT.  While in high school he stayed with the Strope family in Malta where he would see all three of the Long girls every day when they walked to school and comment to Mike Strope that he was ”going to marry one of those Long girls.”

After high school Glenn entered the army and went to Fort Ord in California with Jimmy Sintler. Upon receiving a Medical discharge from the army, he returned to Malta for a couple of years to farm with his father, John Bruckner. He attended Columbia Bible College in Columbia, South Carolina, where he studied hard, intending to use his commercial pilot’s license on the mission field with Mission Aviation Fellowship (MAF).

On June 24, 1963, Glenn DID marry one of the Long girls. Lois Marie Long was the love and joy of his life. In January of 1964, the decision was made to return to the farm to help his father. In November of the same year, their son, Dale, was born. Not long after his birth, Lois became very sick and spent three months in Rochester, Minnesota. Lois credits Glenn with saving her life when she had given up by telling her she could not die because they had a son who needed her and then taped a picture of Dale’s infant picture to the railing of her bed.  Due to her health issues, they had to cancel their mission plans.

For the next 18 years they lived out at the ‘Harb homestead’ raising registered Duroc hogs and fostered John Dozier who considers them Mom and Dad to this day.  In 1979, they moved 3 miles southwest of Malta, where Glenn lived for the remainder of his life. After their move Glenn had multiple simultaneous businesses - 4S Pumping (Super Suction Septic Service), The Traveling Wrench (traveling small engine repair), G&L Painting (houses, barns, and fences), as well as lawn thatching in the spring. He also worked one year at the Malta Mercantile, and sold products for the Conklin Company.

Glenn was gifted with the ability to design and build almost anything mechanical and did so for almost all of his businesses.  He built a crop sprayer (which he later said he built it so well he couldn’t run it), four or five septic trucks, a paint truck with a bucket lift, and many other things, for he would rather make whatever he needed rather than buy it.

Glenn had a heart for missions and found ways to serve Christ where he was.  While he was a member of Malta Community Church, he served as a Sunday School teacher, usher, and was on the Missions Committee.  The last decade plus of his life he was a member of Grace Fellowship Church where he served on the Christian Education Committee and the Mission Committee.  Over his lifetime, he also was the area representative for MAF, a representative for Steer Incorporated, was a state officer for Gideons International, and was on the board of the Northern Montana Child Evangelism Fellowship with Lois.

Glenn loved helping others and was usually one of the first to volunteer to help. He once found homes for a professional basketball team to stay in so they didn’t have to stay in a hotel. He was gifted with the ability to see people who needed special attention, and make them feel special. He loved flying, tinkering, creating, and building. 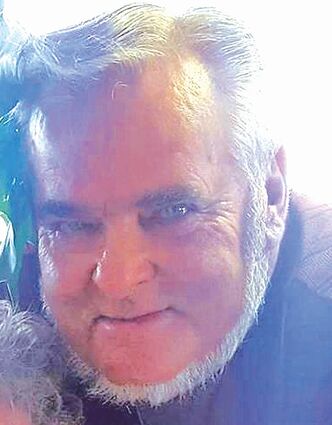 A joint memorial service will be held at the Wilderness Funeral Home on Monday, February 1, 2021 at 2 p.m. for both Glenn and his son Dale with a graveside service following for the interment of their ashes.  The family asks that in lieu of flowers, donations be made to Grace Fellowship to buy equipment for live streaming services.