3C Boys set to battle for Eastern B berth 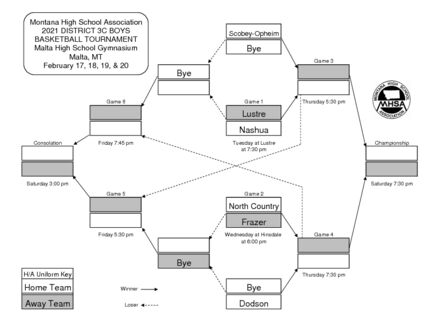 The North Country Maverick and Dodson Coyote basketball teams will have their hands full as both will try to make it to the Eastern C Divisional against four other teams in Malta this week.

The Malta High School Gymnasium will be the site of the 3C District tournament from Wednesday, February 17, to Saturday, February 20.

The 18-0 first seeded Scobey-Opheim Spartans and second seeded 10-2 Dodson Coyotes have earned a first round bye.