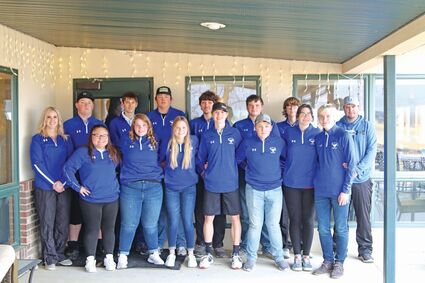 The Golf Team will get things started this year with their first tournament on April 1, in Wolf Point, at the Poplar Invitational

Malta Golf Head Coach Katharine Webb said "It feels great to be getting back into the swing of things."

The squad this year consists of nine boys and four girls. Webb said that gives them the ability to compete with two varsity teams and a junior varsity team.

When asked how the athletes handled the year off, Coach Webb said, "There are some athletes who were concerned starting back this season, but we are in the same boat as a lot of other teams out there."