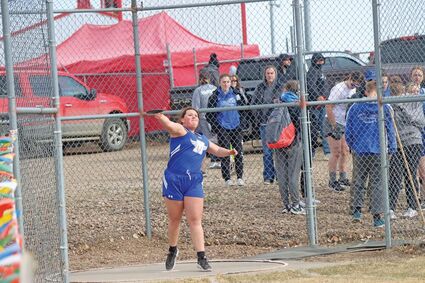 The Malta M-ettes Track Team competed in the first track meet held in Eastern Montana since 2019, last Thursday, April 1, at the Glasgow Invitational.

Class C's Hinsdale Raiders won the event with a total of 52 points. Class A's Havre Blue Ponies were second with 51 points. The Plentywood LadyCats were third with 50 points. The Savage Warriors were fourth with 40 points. The Wolf Point Lady Wolves were fifth with 37 points, and Scobey was sixth with 35.5 points. The M-ettes tied with Custer County for eleventh with a total of 24 points.

The M-ettes were led by sophomore Tia Siewing who took...