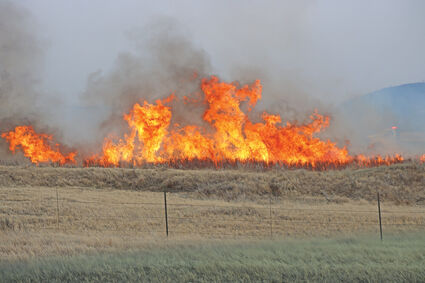 On Saturday, April 10, a fire broke out next to Highway 2, about five miles west of the county line in Blaine County near White Bear Dam. The BIA(Bureau of Indian Affairs) and Fort Belknap Fire Departments were there on the scene and the Malta Fire Department was called out for support just in case the wind got things out of control. According to Malta FD Chief Josh Newman, there wasn't much damage done. It got to the top of a little hill and they had it under control. The ignition of the fire could not be determined.

Newman said "It could have been a cigarette butt, chains, or some other...