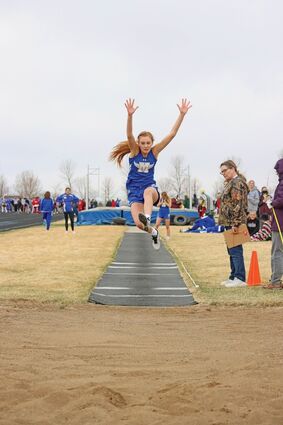 The Malta M-ette track team took seventh place at the Havre Invitational last Saturday. The team had a total of 35 points. The Cal Wearley Memorial that was set for Wednesday, March 31, was postponed.

The M-ettes are scheduled to compete in Lewistown on Saturday, April 17, and then at the Malta Athletic Club Invitational on Tuesday, April 20.

The M-ettes were led by senior Erica Smi...