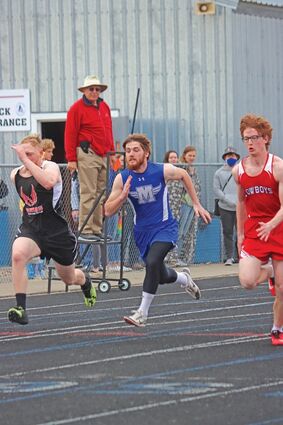 The Fort Benton Longhorns won the event with 131 points. Fergus was second with 61 points. Havre, of Class A, was third with 55.5 points, and Malta was fourth with 47 points.

The Mustangs are scheduled to compete in Lewistown on Saturday, April 17, and then at the Malta Athletic Club Invitational on Tuesday, April 20.

In Havre, the Mustangs were led by junior Cash Salsbery who took first in the shot put and discus events. Salsbery had a throw of 154-3 in discus, a new personal best that q...