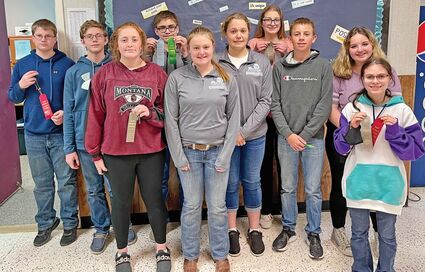 On April 14th, 2021, the Malta Middle Schoolers headed off to Wolf Point to complete in the Academic Olympics.

After lunch, they headed to the oral round competition where thirteen teams went head to head in a single-elimination tournament. Following the oral rounds were the awards.