Keith A. Maristuen, 68, died peacefully on Sunday, April 18th with his children by his side. Keith was born on February 6, 1953, in Malta, MT to Kermit and Agnes (Haugland) Maristuen. He and his two sisters, Cheryl and Monica, were raised and educated in Malta. Keith graduated from Malta High School in 1971. Growing up, he was very involved in many activities including wrestling, football, Key Club, student government, Boy’s State, National Honor Society, FFA, Canadian Exchange Student, and M club. He was beloved by many as “Mushy” the class president and valedictorian.

Throughout his career, Keith was active in the State Bar, serving as the State President in 2004-2005 and he was a member of the Twelfth Judicial District, Seventeenth Judicial District, U.S. Tax Court, and U.S. Court of Appeals, Ninth Circuit. He received many recognitions for his legal service including the Boulisman Professional Award and valued providing pro bono service in many capacities. He was a cherished member of the Bosch, Kuhr, Dugdale, Martin, and Kaze team throughout his career, continuing to serve as counsel in his retirement.

Keith was an active leader in the First Lutheran Church community, serving as Church President along with service to the Stewardship committee, Call committees, and lay pastor duties. Fellow church members appreciated his ability to bridge the spirituality and business of the church and are thankful he gave his head and his heart to First Lutheran.

Keith was also extremely active in the Kiwanis organization, serving as President of the Havre Club and District of Kiwanis of Montana Governor along with assisting with the Havre High School Key Club, Special Olympics, many hours at the fair booth, and countless other valuable projects for the community.

Keith volunteered in many additional organizations throughout the years including Sons of Norway, Elks, Hill County Council on Aging, and helping his friends in Lions and Rotary.

Keith enjoyed hunting, fishing, golfing, bowling, spending time at the cabin at Fresno, and cheering for the Mustangs, Blue Ponies, Packers, and Griz! He was an extremely proud member of the North End Zone Cheering section at Washington Grizzly Stadium. 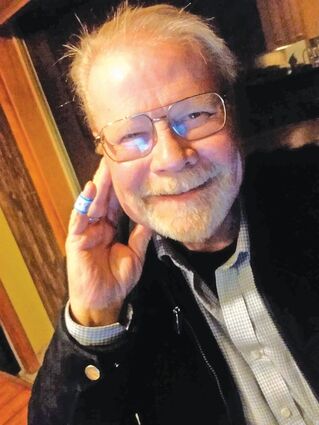 Keith and Chris had two children, Thea and Seth. He was thrilled to welcome Adam Borg and Allison Hollinger Maristuen into the family. As a family, they enjoyed traveling, cooking, learning about ancestry and family history, volunteering together, and of course watching football. Keith was a great friend and confidant to many, and he treasured the time spent with friends from all walks of life.

A private funeral will take place at First Lutheran Church. The family invites you to join the burial service Saturday, May 1st at 2pm at the Highland Cemetery in Havre. Memorials to Keith may be sent to Special Olympics Montana, Flathead Lutheran Bible Camp, and First Lutheran Church. Holland & Bonine Funeral Home has been entrusted with services and arrangements. Please visit Keith’s online memorial page and leave a message of condolence for his family at http://www.hollandbonine.com.

Keith leaves an enormous legacy of service to God and community, the pursuit of justice, enjoyment of the simple and fine things, and abundant love for all.