Mustangs third at 2B Meet 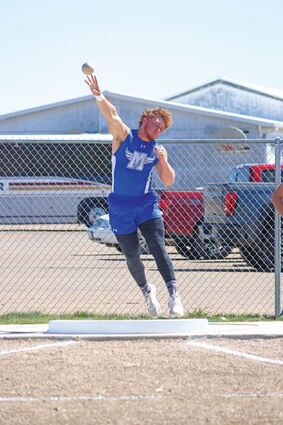 The Malta Mustangs took third place at the 2B District Boys' Track and Field meet last Saturday, May 15, in Wolf Point.

The event was won by the Wolf Point Wolves, who scored 142 points. The Glasgow Scotties were second with 142 points, the Mustangs were third with 106 points, the Harlem Wildcats were fourth with 52 points, and the Poplar Indians were fifth with 51.

Eight Mustangs qualified for the Northern B Divisional scheduled to take place at Glasgow High School on Saturday, May 22.

The team was led by junior Cash Salsbery who won the shot put and discus events. He had a throw of 46-5...