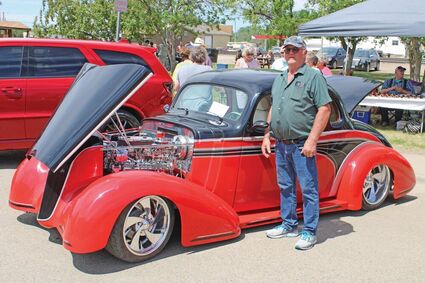 With the perfect soundtrack of cruiser hits from all decades being played by Travis Rhoads of Montarctica Productions, the 19th Annual FSB Car Show got underway on Saturday, June 5, at 11 a.m.

Cars, trucks, motorcycles, drag racers and tractors were on display for all to see. Altogether, there were about 60 entries. There was food and drink available from many of the area restaurants and bars, and many local vendors were selling their goods along the sidewalks and in Memorial Park.

Local Malta resident Mike McCorkle said, "I didn't figure it would be as full as years past, only because th...