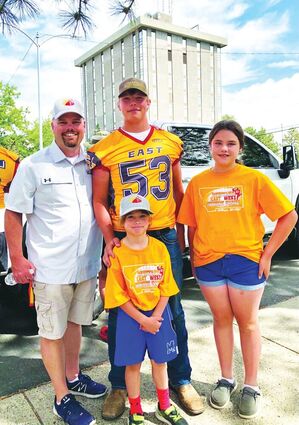 Pierce Mortenson played offensive guard for the East team, and Coach Nick Oxarart was an assistant coach for the East.

Oxarart said, "We had a great week of practice even though the temperature reached triple digits a couple of the days. The week not only allowed for installation of a defensive and offensive game plan, but it also allowed new friendships amongst the players and coaches to form."